With the destruction of D'Sparil and Korax, the forces of Light believed that they would gain respite from the vicious attacks of the Serpent Riders. They were wrong. All of humanity rests on the edge of your blade.
Post Reply
13 posts

The beta of Hexen 2 shown at E3 97 was leaked online and can be found here. The exe's work on Windows 10 if you follow the instructions in the link.I have compiled a zip of all the resources I could tell were unique / different: https://mega.nz/file/1D4SHaSR#1t3d1Pc99 ... Q1wJho_uVE
Here are some findings of differences from the retail game.

There is one cut map, called Abandoned Observatory and named meso7.bsp. It can be played in the final game or a sourceport by copying it to a "maps" subfolder in hexen 2\data1. However, the "power pool" entity will be missing, the golem will be sunk in the floor, and all strings will be blank (such as the map title). Despite the name, it's not much of an observatory. It's a short Aztec complex that leads to a large subterranean cave with water and lava areas. There is only one entrance/exit, which leads to the Hall Of 1000 Heroes map. There is a mysterious plaque in the cave that has no message, which was probably part of some scrapped puzzle. There are various interesting features such as a collapsing tunnel trap and a moving raft ride.
Additionally, there are a couple test maps (btest.bsp and monsters.bsp).

The package includes hub 1 (Blackmarsh), hub 2 (Mazaera), hub 3 (Thysis), and a partially finished hub 4 (Septimus). The level design is mostly the same, but there are various small differences. Most maps are stripped of enemies, perhaps intentionally. Some maps in Thysis and Septimus that are separate in the final game are joined in this beta. They were probably separated to improve performance and avoid hitting limits. The final map of Mazaera includes a starry teleporter that was scrapped. The maps include some textures (I found 16 total) that were scrapped for the final game. They're compiled into a .wad file in the resources zip. Here are a few of the most interesting (upscaled 2x for viewing).

As for sounds, there is a small number of unique sounds. For instance, the spiders use a different bite sound effect and the Crusader's meteor staff makes a different firing noise. Most sounds however use a placeholder Windows noise. This was probably intentional to avoid including more than necessary for the demo.

There are many different & unique models. This includes some scrapped items / artifact pickups. If you load the map btest.bsp, you can even pick up a couple. However, they can't be used. There are a few scrapped weapons, with varying degrees of completeness. One is a javelin weapon for the Paladin. It has a projectile and a viewmodel, but the latter only has one incomplete frame. There is an ice mace for the Crusader that appears to be fully animated. Although it shares its name with a final weapon, it's completely different, being an actual melee mace. There is also a version of the Crusader player model with one frame holding the mace. Various weapons such as the Vorpal Sword and Sunstaff include additional frames of animation. Other weapons such as the Necromancer's sickle and spells have entirely different animations. As for monsters, the Golem is the most noticeably different. He has a statue-like default pose, and animation for becoming alive. The Medusa is animated the same, but has 2 alternate skins with an orange/red tone. Explosive barrels use a red "X X X" marker instead of the Celtic glyph of the final game. Additionally, there is a version of the leafy tree model that is animated like it's swaying gently in the wind. The "fixed" version in the compilation I modified to match the regular tree's offsets and automatically animate.

I haven't fully investigated the differences in code behavior. In general the AI seems to be worse, and various weapons have different or less polished behavior. Most notably the Necromancer's bone scroll doesn't fire any bone shards, but instead fires a shotgun-like hitscan attack that pushes enemies back. The Tome Of Power seems to crash the game, although I only tried with one weapon. Most artifacts in general are either not usable or not even included. There is no strings.txt file, which leads me to believe they were still using strings in the map files like Quake. The maps use some entities such as power pool and weather_dust not included in the final game, but these exist in commented-out form in the final HexenC source code.
Top

Wow thank you so much for the fantastic job done!

Is it not possible to edit posts? If I'd known I would've added this gallery to the OP in the first place. Also I was wrong about the Javelin - it has multiple frames, but theyre not all finished.

That's interesting, just realized I have this beta on my hard drive but never investigated it further. The Meso7 map seemed more fun than anything we have seen in the Mazaera hub. And the swampy rock textures or the waving tree are also cool. If somebody skillful could code falling leafs waving in the wind, like in Hexen 1, it could actually looks really good.
Top

Hey who knows! There is already an entity for making snow fall. Maybe the code could be adapted not too painfully to make credible falling leaves?

They arguably had that in mind already, since the CLTHCHK1.MDL to CLTHCHK3.MDL models already provide leaves models (which all look identical too me by the way but never mind).
Top

If I'm not wrong, CLTHCHK1-3 models are used for cloth. For leafs there are models LEAFCHK1-3 and they are used as a rubble models for 'thingtype:7 - leaves' in breakable_brush and trigger_rubble entity which was unused/commented out. The entity actually works, but the effect of falling leafs is not as cool as Hexen 1 OR falling snow.
Top

Interesting, i was going to say we would need leaf models but these leafchk models look like they could work. I'll try to make a nice leaf spawner in the vein of Hexen 1. Little things like that add a lot to the atmosphere, makes the world feel more alive.
Top

Clothes of this kind, then ! 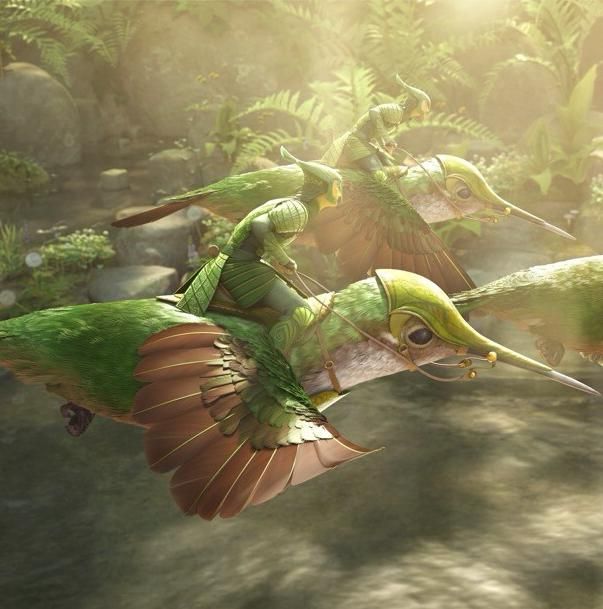 This is unique textures that is not present in HeXen II 1.11 version

And sounds that is not from doom or quake or hexen but directly unique hexen2 beta
http://hexen-game.ru/forum/31-778-6